Reducing car use in cities is a growing development in many places worldwide. Less car use and more movements by foot, bike or public transport create a cleaner, safer, more attractive, and healthier cities.

Reducing car use, however, is challenging. It requires changes in both infrastructure and traffic culture. Such changes inevitably create opposition and prejudice among the public since they do influence people’s everyday life. Yet more often, ideas such as that cycling is not possible in the winter or that reducing car speeds will create traffic jams, are unfounded.

In collaboration with the city of Tartu, Hendrikson & Ko conducted a project where we collected people’s fears about cycling infrastructure development and measures that can reduce car use. Our goal was to debunk these myths using scientific studies and practical examples from across Europe and beyond. Read on to get a glimpse of the project.

2. We cannot reduce parking places or redesign our streets before car use has declined

We cannot expect less car use without (spatial) interventions. If conditions for cycling, walking or public transport cannot compete with the car, there are few incentives for a modal shift towards more sustainable mobility. Examples from across Europe show that measures for reducing car use are effective. With congestion charge or parking restrictions, car use could be reduced by up to 30%.

Research has shown that cyclists violate traffic rules no more than drivers or pedestrians. However, separated, and logical cycling infrastructure can be the key for reduced traffic violations and conflicts with pedestrians. Speeding among drivers is very common on wide straight roads that seem to be designed for speeding. Without a connected cycling network, cyclists are forced to constantly change their location on the road – from a shared path to the road to the cycle lane. Having to suddenly share space with a cyclists can be confusing for both drivers and pedestrians.

4. People do not want to cycle next to a road with a lot of traffic

For everyday trips, cyclists, just like the drivers, prefer the fastest, most logical journey with as few stops as possible. That is why it is important to build separated cycling paths along the city’s main artery roads. If cycling paths are built at a cost of a car lane, car traffic would decline. What is more, when drivers see the cyclists running past them while they sit in a traffic jam, they might also consider switching to cycling.

A 30km/h speed limit has been put into effect in various cities across Europe, most recently Brussels and Barcelona. The policy is foremost motivated by eliminating traffic deaths (vision zero), but it also helps to create a more enjoyable city space. The worry about creating more congestion is generally unfounded as lower speeds can create a smoother traffic flow. In Brussels, where the city-wide speed limit came into effect in 2021, results show no change in time spent on driving while traffic accidents have reduced by around 50%.

Do you recognize these myths from conversations with your colleagues or the residents of your local municipality? Do need help with debunking similar myths or developing a sustainable mobility plan for your company or municipality? Read more about our mobility studies and get in touch with our mobility specialist. 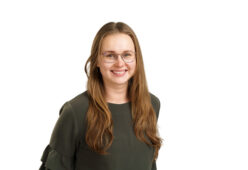 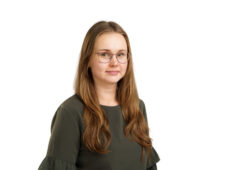